I have never seen a person who does not hum a song while doing some work or just sitting. However, most of them do it privately lest they get embarrassed in front of others for their bad intonation.

Keeping this all apart, we all love music. Most people even aspire to sing. But not all of them can sing. Many don’t even attempt it. The reason for this, perhaps, can be attributed to their apprehensions toward classical music. And if that is true, can semi-classical music be an easier way to make singing a part of your life?

The Awe of Classical Music

Yes. Classical music commands a lot of regard with a mix of fear and apprehension. Classical music is indeed the soul of music. It renders a very profound hold on the basic concept of music – the swar, lay, and taal. It is the foundation that supports all other genres and styles. You can also learn about Indian music notes to understand the positions according to its pitch.

However, it won’t be wrong to say that it’s a bit intimidating for absolutely new learners.

Just mention the word – ‘music class’ in front of a kid, some will politely nod to express their disapproval of the idea. Some will even say they can’t relate to the sargam and alankaar. They want something that they can relate to!

It takes a lot of time to make young learners appreciate swara and all other components of classical music.

Motivating them to commit to doing hours of riyaaz and all the other sacrifices that come with it – is an entirely different challenge altogether.

And most importantly, most music enthusiasts simply want to sing songs without getting into the depth of pure classical music.

Back in the days of offline music classes, I remember my letter box getting flooded with pamphlets of ‘pure’ classical music classes. You visit them and ask them a simple question – which Gharana are you from? Most of them will not have an answer to that.

Preferably what they teach in the name of classical music is actually – alankaars and ragas that prepare you enough to sing songs from different genres and styles. These could include a mix of bhajans, patriotic songs, other light music, and likes.

Leave aside a specific Gharana, it’s tough to find a genuine mentor who can hand over the true essence of any genre for that matter! In most places, you get a mixed taste of everything. But none of it in a very profound manner.

Luckily, gone are those days when we used to search in every road and lane for a good Hindustani music class! Since the world became digital, online Hindustani music lessons are the savior for all of us.

As mentioned above, singing is an inspiration for many people. There are even a lot of emotions attached to it. But a lot of people do not get the opportunity to take music classes from their early years. Ideally, the way to orient a student into the ways of classical music! And the sooner it is started, the easier it is for the teacher & the student.

I remember a 60-year-old man coming to one such ‘pure’ classical music class (essentially, offline) with many aspirations. His voice and delivery were awesome when he sang bhajans or any other ‘bhav sangeet.’ However, he found it a bit tricky to perform the taans of the khayal. He could not understand the concepts of the ‘taals.’ Hence, age of the students majorly determines their learning capacity.

Now, here if we become rigid about learning only classical music, we are putting a limitation on our options. A lot of people tend to make this mistake. Instead one should be open and flexible in terms of musical genres and styles.

Semi classical music gives you the confidence to sing

Singing is not all that complicated. Had it been so, there would be no song for prayers. There would be no antakshari game either. That apart, there are easily hummable songs in every language. Most movie songs and even patriotic songs are hummable.

For everyone who finds classical music difficult, semi-classical music opens up the opportunity to sing. It helps in getting the intonation correct and trains the voice slowly and steadily while giving you the confidence to sing.

Classical or Semi-Classical Music – Which One Is Better For Beginners

The feud between classical and semi-classical music is eternal! Remember the popular Bollywood song from the film, ‘Padosan’ – ‘Yek chatur naar badi hoshiyar’? One of the popular songs that leaves a smile on the face of several music lovers who find it difficult to break the ice with classical music.

However, which way to go depends on a few factors! The first one is your goals and objectives behind learning to sing. Secondly, you should consider your learning capacity and the time you can devote to the practice sessions. Most importantly, your mentor! More than the genre of music, it is crucial that you find the best mentor who will be able to assess your potential and guide you accordingly.

With that, we come to the end of this article! I am sure many of you would be able to relate to the points discussed here. Do share your opinion with us in the comments below. 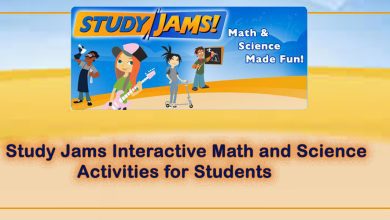 The Power of Repeated Listening in Language Learning