Are you considering traveling to Asia? If yes, then congratulations! You’re about to embark on an interesting journey in your lifetime – this is a journey that will reap major benefits in terms of your exposure and overall perspective on the world in a fantastic way.

The difficult part isn’t over yet though; in fact, taking that decision on which Asian country you want to travel to can be one of the most challenging parts of going to the right destinations in Asia. You don’t just choose a country based on untruthful narrations-instead, you should carefully narrow your search down to countries where you can get the right experience possible for yourself without any problem.

However, if you’re worried that selecting the best Asian country for you boils down to simply pointing your finger at a map of Asia, you don’t have to worry yourself – we’ve got you covered! In this article, we will explore the top five destinations for every tourist in Asia based on our rich experiences, the availability of facts and some of the benefits of the cities.

So time to grab a cup of coffee, sit back and relax – you’re about to be enlightened about which destination in Asia is best for you!

1. South Korea: This is a country that is by far one of the most popular destination in Asia for countless reasons which one of them being the incredibly rich experience that people discover. Try to take a picture of Gyeongbokgung without tourists or go to jimjilbang surrounded only by locals. Impossible mission? So welcome to a tourist country!

The government declares it to anyone who wants to hear it: the number of international visitors has increased this year! More than 12 million visitors traveled the country every year, up 9% from the previous year. A boon for tourism promotion agencies who have long wanted to see South Korea rose to the rank of nations classes, attractive, so necessarily powerful. But if Seoul is still far from resembling Marrackech or Mallorca, there is a little truth in there.

2. China: This is the most populous country in the world. China is equipped, people use to say even more over-equipped in tourism infrastructure. The number of hotels per city is impressive, and they all operate under capacity. No need to book in a city, you can move and take a room. The supply far superior to the demand even allows you to negotiate.

It is not uncommon to see a Chinese invest in a hotel without even studying the market. Same for restaurants, or places of entertainment and the marketing advice of foreign companies in this sector could be very interesting. People noticed the Chinese do not have the same tourist habits of Westerners. The fighter is not at all well seen. They prefer all-planned courses and community trips.

Otherwise, they like to visit a place when a famous person has lived there. They go to a city and visit quite a few but want to have fun in the city and try the local restaurants. Taking pictures to show that we were there is very important for them, it will feed their zone and have a face. A Chinese who travels to the face and makes his friends envy, so the photos where he is happy is essential.

3. Taiwan: In October 2011, the famous Lonely Planet travel guide ranked Taiwan as one of the top 10 destinations in the world for the year 2012. Among its other recommendations, the guide suggested that the best way to discover the island is to was cycling, taking advantage of the thousands of kilometers of bike paths and other infrastructures developed in recent years with ” surprising enthusiasm, vision, and budgets.” Lonely Planet then called on tourists to take time for museums, local culture, and traditional cuisine, with landscapes of striking beauty that the Portuguese revealed to the world.

But for many years, the Taiwanese have not benefited from the resources offered by their island to build a real tourism industry, economic and industrial development taking precedence over everything else. It was not until the 80s that the state thought to embark on the promotion of tourism on a simply national scale. Twenty years later, the efforts provided ended up paying off with the growth in the number of foreign tourists.

4. Indonesia: Home to countless unique animal and plant species, Indonesia can be considered as a land par excellence for the study of fauna and flora. As of 2010, over 150 new species of animals were discovered in South Asia. Another interesting fact about this amazing country is their volcano which is three mysterious lakes. Indeed, they periodically change colors: from turquoise blue to green, red and black, sound amazing right? This allows transformations that would result from compositions of volcanic gases and minerals under water. Indonesia as a country is very popular with 1001 natural and cultural wonders and was also rank 4th among the most visited countries on the planet.

See also  Why do Candidates not Respond to Your Posts?

5. Japan: The emergence of Japan on the map of world tourism hides significant disparities. On one side indeed, the “golden route,” this axis which goes from Tokyo to Osaka, while passing by the mythical mount Fuji, and which captures most of the foreign tourist manna. Japan benefits mainly from a relatively favorable Asian context, where emerging middle-class legions attracted by tourism. These before dreaming of a group trip to Europe, can already go to Japan, more accessible. And the figures speak for themselves about the attraction of the archipelago on Asian tourists in one year: + 45.3% among Koreans, + 107.3% (!) Among Chinese and + 29, 9% among Taiwanese, the three main sources of foreign tourists. In 2015, no less than 16.37 million Asians visited Japan or 83% of foreign visitors.

With the countless wealth of experience in all of these countries, you are bound to have the amazing experience of a lifetime. However, the language barrier is a significant obstacle to the whole journey. In line with this, Michael’s Business English offer the best ESL training that polish your English as a language of communication globally and also fosters the training with the right materials that will guide you to make your tourism worthwhile. Contact Us today and have a delightful journey to any of these beautiful countries.

How to Build Personal Brand Online for Career Growth

How Visual Learners can Learn Better 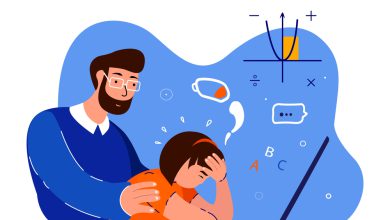 How to Overcome Digital Fatigue & Be More Productive 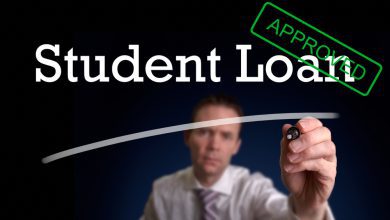 5 Secrets to Getting the Best Student Loan Rates 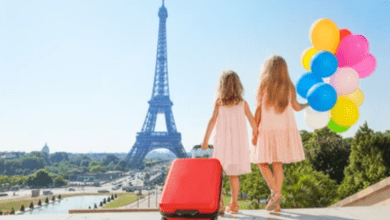 6 Things to Consider Before Traveling to Paris 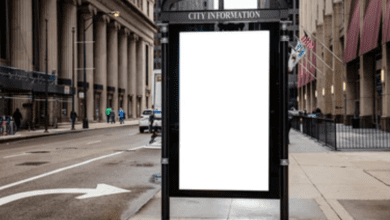 5 Ways to Make a Statement With Billboards in Chicago