As I sat in a rather long “hold your questions because we have a lot to cover” business meeting counting to myself slide 46…, slide 47…, oh darn, look at this, slide 48 has a graph and 11 lengthy bullet points, I started to reminisce on my high school days. Okay, I’ll admit to not being the best of all students in high school. It seems then, as now, my mind was prone to wondering a bit. I’m certain that I would have been diagnosed as suffering from Attention Deficit Disorder had I been in school today. But perhaps it’s for the best, because without much help from the early educators, I had to figure out a method of focusing my thoughts so that I might better learn! What I discovered was that within classes I had a natural interest in, I eagerly asked questions. And my questions lead to small discussions and an even higher level of interest on my part, which lead to more questions and in time, voila, better grades! It doesn’t sound revolutionary, but for me it represented a sort of epiphany which I could transfer to less interesting classes. Just ask a simple question. Obviously I became one of the more obnoxious students to attend class with, but I figured it was all for the greater good.

Back in my boring meeting, I risk breaking the presenter’s rule on audience participation and get in a quick question related to slide 48. Unfortunately I’m told ALL questions will be covered in depth at the end of the program. The presenter again reiterates his mission – “Not rain, sleet, nor will a ‘bored out of their minds’ audience keep me from reaching slide number 92!” I may have never gotten out of high school with the ubiquitous presence of PowerPoint today. It’s hard to get in a decent question amongst the torrential flow of information embedded in the multitude of cryptic bullet points all pounded out by some monotonally sadist. That’s right, it’s that demon PowerPoint residing on over 250 million computer systems today, and according to Microsoft, responsible for over 30 million dynamic presentations daily. And it all started in 1984 when Bob Gaskin, a Berkeley Ph.D., went to work for a small Silicon Valley firm called Forethought. Bob hired a software developer, Dennis Austin, and together they developed an amazingly powerful and poignant software application named, yes, you guessed it – “Presenter” (which was later change to PowerPoint due to a legal dispute over the name). Then Forethought accepted a 14 million dollar acquisition offer from Microsoft, and in 1990 the first PowerPoint for Windows was launched, regrettably destined to become the monster piece of software it is today.

Why “regrettably” you might well ask. Well, it’s due to the fact that PowerPoint, as it is used today, perpetuates a very traditional, well-entrenched and extremely poor model for learning – an endless decree of information dumped into classrooms and meetings in which content is king, lording over innocent listeners in fear of interrupting the next enigmatic bullet point. We’ve all experienced this event. The presenter comes to the front of the room; the projector is turned on, as a gasp is heard throughout the audience – “He’s got 75 slides to get through!” The lights dim, the intro slide appears, and 20 minutes later a sea of drooping eyes and sagging heads struggle to comprehend the explanation for an endless stream of bullet points. IT IS EXHAUSTING!

But perhaps I’m being a bit hasty, blaming, after all a software application, for what is most likely a more human predicament. We’ve set the standard. Let’s face it, showing up at a presentation without a PowerPoint ready to go in all its colorfully animated glory is like entering the room wearing nothing more than your birthday suit. It’s just not done! How else are we supposed to judge this presenter if not upon their witty presentation quotes, clever transitional slides, and “funny but poignant” cartoons?

And although there are many different presenters’ styles, many fall into one of only two categories: the “Shine that light a little brighter, I’m on” speaker, and the “Boy I didn’t know a human being could perspire that much” presenter. Our “bright light” loves to hear the sound of his or her own voice. They’re constantly astounded by the amount of information they know, and even more amazed that it is possible to deliver it all in only 90 detailed slides packed into one tiny little hour. These folks won’t hesitate to tell you, “I may have to move a bit faster here, so hold your questions until you’ve passed away and then send me a message from beyond the grave. I’ll get back to you as soon as you’re reincarnated as a Japanese beetle.” And while pearls of wisdom pour from this presenter’s lips, indeed a downpour of perspiration drenches our next speaker type. If it were not for the sweet control afforded to this speaker by the knowledge that they and only they know what’s on the next slide, they would anxiously melt like the Wicked Witch of the West into a puddle behind their podium. In effect these are speaker junkies, spared cold sweats, nausea, dry mouth and palpitating hearts by that PowerPoint monkey and his henchman the remote mouse. The regrettable point regarding both speaker types is that we, who are here to learn, never have the opportunity to actively participate in the learning process. The net result is of course, we simply don’t learn much.

Let me relinquish my “not so clever” sense of humor for a moment to introduce a bit of science. We’ll turn to some real experts on just what is needed for us to learn. Did you know that our short term memories only have the ability to retain information for about 10 to 15 seconds? It kind of acts like a buffer zone, and must make room for new information by passing the old new information onto our long term memories, or just dropping it altogether. But studies show it’s not so easy to get information into our long term memories, and typically facts must be revisited and reinforced, before synapses are strengthened and thus retained. Now think of a PowerPoint presentation and its fast and endless information flow. There is literally little time to engage, challenge, analyze, question, converse, and more importantly LEARN!

According to Judith E. Fisher, PhD, in her article entitled Active vs. Passive Learning, within a traditional classroom lecture “The listener’s attention does not remain constant. In fact, after just 10 – 20 minutes of trying to pay attention, the average listener’s attention slips and waivers. Even the most compelling presenters and the most dynamic content information will not be able to sustain attention from average listeners for longer periods of time.” In fact it has been shown that although it may be administratively convenient for listeners to be seated in meeting and classroom settings, such sedentary postures do little to help us learn. When our brains become active and alert they require a higher level of oxygen and adrenalin. However, when seated, oxygen and adrenalin levels decline. In addition, if adrenalin levels fall too low our ability to learn will simply stop. Dr. Fisher goes on to state in her article “Active Learning implies that students engage in some kind of learning activity that forces them to remain mentally alert as they manipulate the content information in a variety of ways. They won’t be simply hearing what you present; they’ll be analyzing, restating, interpreting, reflecting, considering and applying the information.”

Richard Hake, “Measuring Teaching and Learning Performance: Interconnected Issues” further explains, “The fact that Interactive Engagement (IE) methods are far more effective in promoting conceptual understanding than traditional passive-student methods is probably related to the “enhanced synapse addition and modification” induced by those methods”. This idea is further reinforced by Leamnson (Teaching and Pedagogy – 1999) who writes “ Teaching must involve telling, but learning will only start when something persuades students to engage their minds and do what it takes to learn.”

With all this said then, is Edward Tufte “spot on” in writing his article “PowerPoint is Evil”. Tufte goes on to infer that PowerPoint induces stupidity, turns everyone into bores, wastes time, and degrades the quality and credibility of communications.” Yet with all this stinging criticism of the Number 2 software in the world, who comes to our rescue, moving faster than a speeding bullet point, infusing learning into our otherwise boring presentations in a single bound, saving sleepy audiences from a multitude of uninformed informers and fights for truth, justice, and a better way to learn? It is none other than our hero, that application behind the mask, and I’ll bet you never guessed it, Microsoft PowerPoint. Hold on, did I say PowerPoint?

Indeed just like John Travolta in Pulp Fiction, or Johnny Depp in Pirates of the Caribbean this bad guy may still do good! Indeed PowerPoint has been the victim of a bad rap. It is really the way we choose, or better yet, choose not to use this very dynamic application. In effect teachers and trainers have chosen, for whatever reason, to use PowerPoint as an instructor-centered versus learner-centered tool. If real learning requires learner engagement, participation and interaction with the material to be learned, PowerPoint is just right for the job. Consider just a few ideas for using PowerPoint to engage your audience. You begin your program presentation with an interactive icebreaker built in PowerPoint. Perhaps it is a word search game highlighting key words within the upcoming program, or a “Family Feud” slide, in which your class is charged with coming up with the top 10 qualities found in great leaders or in providing outstanding customer service. You decide to turn you entire presentation into an interactive game by periodically introducing stimulating program questions and scoring teams as you move through your presentation. You cleverly insert flow charts, graphs and mind maps into your presentation and challenge members of your audience to step up and attempt to present these back to the group. Towards the end of your program you decide to insert one of a myriad of great quiz show games built in PowerPoint to review materials you’ve just presented. Your effort is to creatively turn a boring data dump into an enjoyable, even fun and interactive presentation, using our new best friend MS PowerPoint. You find your learners are more relaxed, better able to learn, and in the end, have really retained a lot of the information you were always trying to convey.

What does it take to become a scholar? 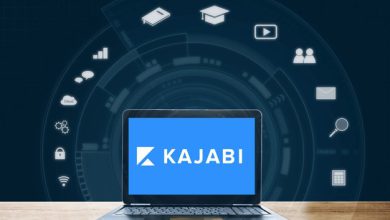 Things You Can Find Out from Kajabi Reviews 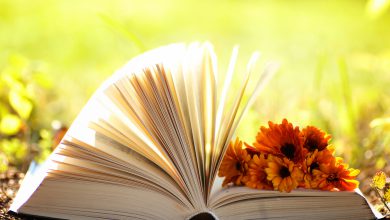 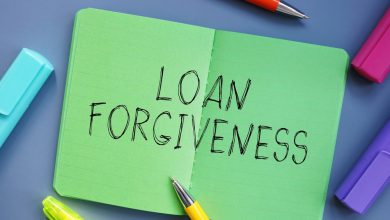 Student Loan Forgiveness Programs: What You Need To Know

10 Tips To Study More Effectively For Your Exams